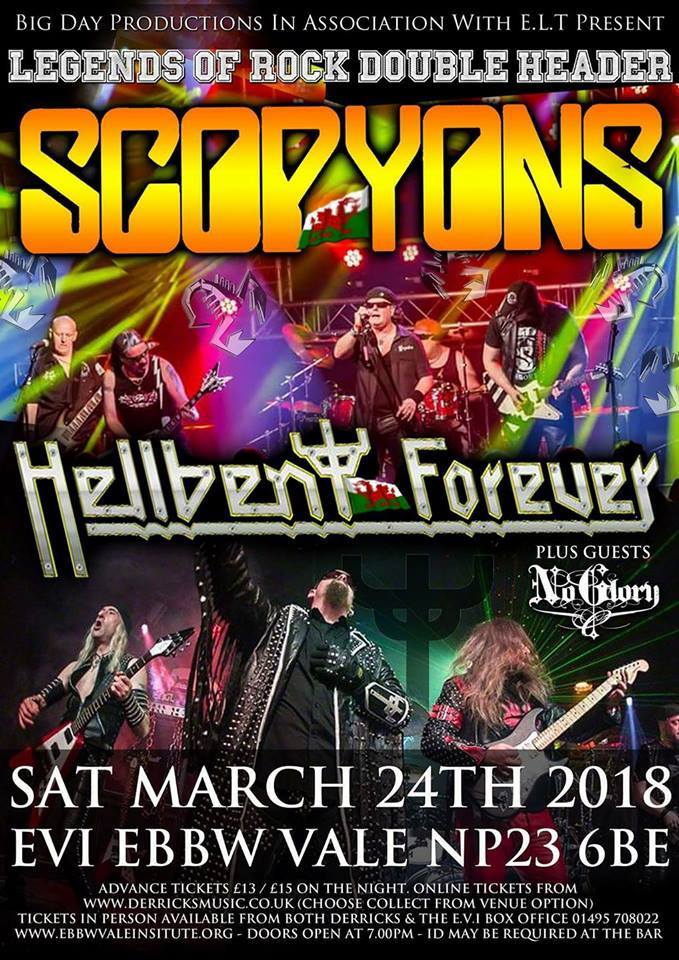 OR ONLINE SITE IF YOU PURCHASED ONLINE

Hi folks
I know that earlier I was excitedly posting about Scopyons (Scorpions Tribute Band) show with Hellbent Forever next week in Ebbw Vale but unfortunately I’ve just been contacted by the promoter who’s informed me that sadly they are having to cancel the show due to poor advance ticket sales. Both bands are gutted as not only were we looking forward to the show but we were dying for you to see the awesome show we put on as a double header. Unfortunately though these are tough times we live in and we have to respect that if advance sales are low then it becomes too risky to go ahead with the show. Scopyons do have two other shows in Wales later in the year at The Patriots in Crumlin and Rhondda Hotel in Porth. Both those shows will be going ahead, unless the promoters decide otherwise of course! I suppose the moral of the story is to try and support the promoters by buying advance tickets where possible.