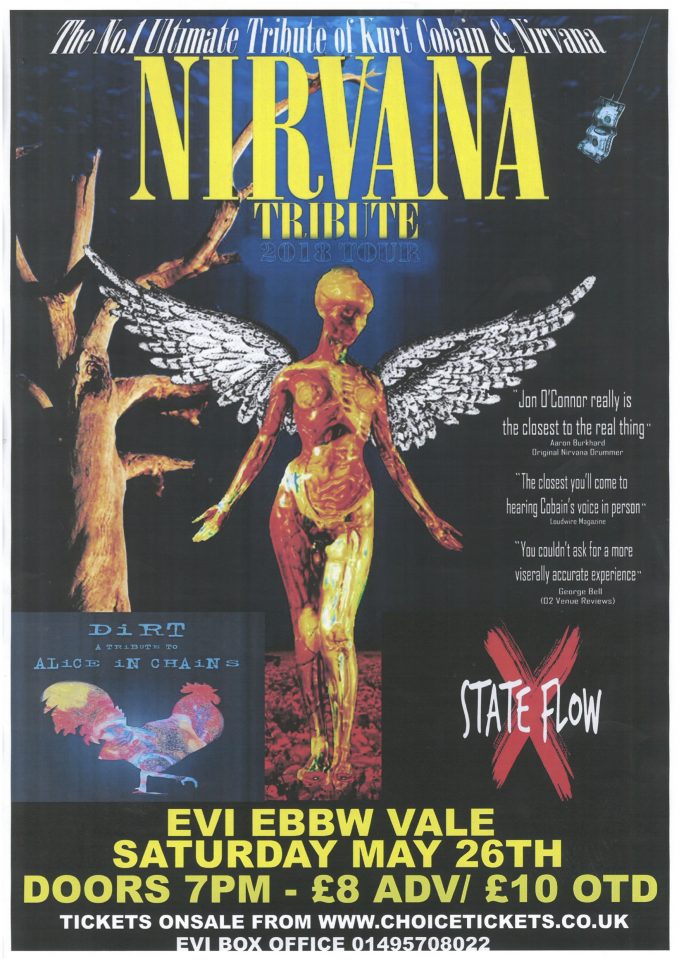 They have been featured in magazines & on television & radio across the globe. Regarded as the closet possibly tribute to the original Nirvana line-up, Nirvana Tribute have captured both media & fan attention Worldwide with their high energy, explosive live performances. Voted the Number 1 Nirvana tribute band by numerous publications, including the honor of being named one of the Worlds Best Tribute bands by Loudwire. They have also gained the praise & respect of original Nirvana members. With Aaron Burckhard stating Jon O’Connor & Nirvana Tribute was “The closest to the real Thing!”

THIS IS AN ALL STANDING SHOW +14